Need to convert round bales into small square bales?

With the speed and convenience that round bales can be made, many farmers are using round bales to get the hay off the field. Later, when time permits, they are turning the round bales into square bales.

The increased demand for small square bales has been created by the market growth of retail hay for the horse trade.

The Altec round bale unwinder sits in front of the square baler and is operated hydraulically from the tractor. Self-adjustable bottom keeps the bale at the right height as the round bale feeds into the square baler. The drive chains on the unwinder change according to the actual weight of the bale as it unwinds.

A valve on the side of the Altec bale unwinder controls the speed with a forward and reverse switch on the same side. Hay originally baled as round bales will often keep ‘fresher’ than small square bales. By re-baling hay as needed into small square bales, the bales are often better-quality hay.

Another option is have the bale unwind onto a conveyer, the conveyer then feeds the baler, this option can be a benefit when you want to minimise mess and produce a better feed into the baler pick up. 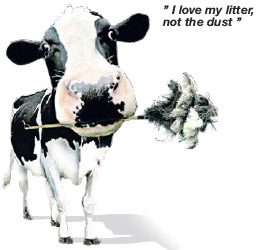 Comfort for the operator 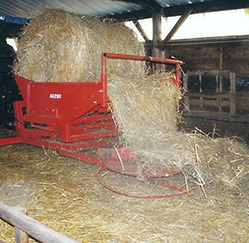 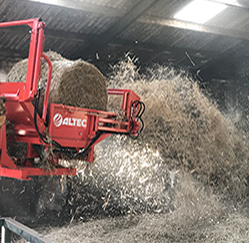 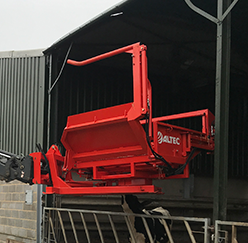